The Origins of Nutrilite: a Brand Ahead of Its Time 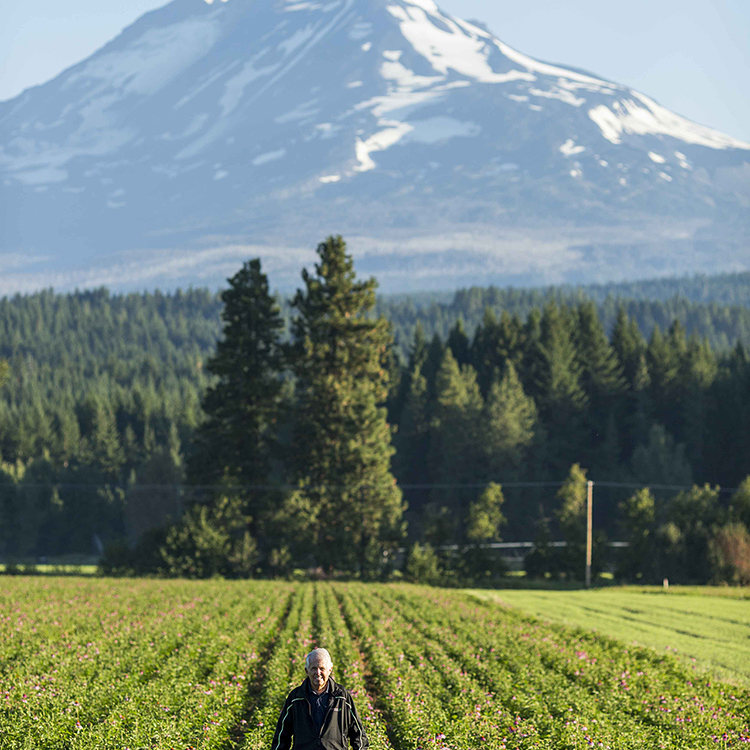 At the base of Mt. Adams in southern Washington state, plants are being carefully tended, rooted in more than 400 acres of nutrient-rich soil that lies at the foot of this inactive volcano. A couple hundred miles away, more crops are being grown on a farm about the size of New York City’s Central Park – all fed by water from the pristine Columbia River Basin. Trace a line south on a map to the Petacal Mountain region of southwestern Mexico and you’ll come to more than 1,500 acres where everything from oranges to spinach are being raised. You’ll find that same scene repeated again just south of the equator in Ubajara, Brazil, where cherries, guava and cashews are being grown.

While these locations are vastly different, they share a common bond. They represent the collection of farms that grow the fruits, vegetables, herbs and other plants from which plant concentrates supply the ingredients used in Nutrilite™ supplements. For years, Nutrilite™ has been the world's number-one selling vitamin and dietary supplement *brand. While today’s health-conscious consumers may pick Nutrilite™ because they’re looking for products they can trust, many people may not know the company itself was started more than 80 years ago by a man so determined to help people improve their nutrition that he incorporated the practices of sustainable and organic farming methods, generations before they became industry buzzwords.

To answer the question “What is Nutrilite?” you need to understand the company’s origins. An important figure in Nutrilite history is Carl Rehnborg, who founded the vitamin and supplement company in 1934. Years spent working for American companies in China and recognizing how people’s health there was linked to what kind of foods they ate propelled Rehnborg to follow his quest to create supplements. Rehnborg’s observation that a plant-based diet improved people's health led to his understanding of the importance of phytonutrients (plant-based nutrition). He took a holistic approach to good nutrition and developed a line of products with ingredients sourced from his first farm – a tiny plot in California’s San Fernando Valley.

To help distribute his Nutrilite™ line, Rehnborg was among the first to develop the sales approach known as multi-level marketing. The idea was the brainchild of a customer who’d offered to help train other salespeople for a share of the profits. And it was this approach that ultimately put Nutrilite™ under the Amway umbrella – and made it the Ada, Michigan-based company’s best-selling product line. Before they founded Amway in 1959, Jay Van Andel and Rich DeVos were Nutrilite™ distributors for nearly a decade. By 1972, Amway had acquired Nutrilite™.

When Rehnborg came home from China to purchase his first farm all those years ago, he made sure he had the ability to control his plants’ growing process from seed to harvest. That early quality control was a precursor of today’s commitment to transparency and traceability in food supply chains, that begins with nearly 6,000 acres of Nutrilite™ farms sprawling across the state of Washington and in Mexico and Brazil. This Nutrilite review process ensures every plant grown on those farms is tracked from the day of its planting. This encompasses how it’s cultivated in the fields, who harvested it, and where it was sent for processing into Nutrilite supplements. This documentation is called the “birth certificate of the plant,” according to farm staff.

A Better Way to Grow

Long before organic and sustainable farming became a movement in the 1960s and rose among consumers to its current resurgence, Rehnborg wanted to make sure he could grow nutrient-rich plants while still keeping his farm’s soil healthy. He was committed to using no pesticides or chemical-based herbicides.

Today, Nutrilite™ farms continue to follow that sustainable growing mantra and have taken it even further with organic farming certification. Believing their farms are a living organism, these agricultural systems use no pesticides, herbicides or synthetic chemicals to produce the fruits, vegetables, botanicals and herbs that are used to make ingredients for the Nutrilite™ products.

Their best-selling items now include Nutrilite™ Daily, a supplement featuring 24 essential vitamins and minerals as well as exclusive plant concentrates, and Nutrilite™ Twist Tubes 2GO™ that add zip to water while delivering antioxidants from vitamins A and C.

At Nutrilite™ farms, advanced methods now help ensure their level of sustainable quality. Instead of chemicals, GPS-controlled tractors and equipment with guidance systems are used to control weeds in between the rows of plants, cultivating the topsoil within an inch of the crop but not disturbing the plants.

Where these plants are grown is given as much thought as how they are tended. Each of the Nutrilite™ farms grows a different array of plants. That’s because where each crop is planted is specially-tailored to the farm’s location, topography and microclimate to ensure the best results.

Taken together, all these details underscore why Nutrilite™ represents the best of nature and the best of science.